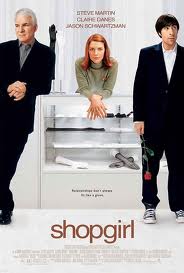 A film about modern relationships seems to be a strange place to find a retail store to review, but the title of 'Shopgirl' should tip you off. 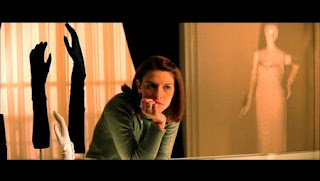 The film revolves around a disenchanted salesgirl, Mirabelle Buttersfield.
Our heroine watches over the evening glove counter at Saks Fifth Avenue in Beverly Hills. She does not actually SELL gloves, as this area of the bustling department store is rather empty most of the time, except to one customer - Ray Porter - who becomes her love interest.


For a full synopsis and review of the film, you can click here.
The revealing write-up will give you a well-developed view of Mirabelle, Ray, Jeremy, other characters, and the storyline. Those definitely relate to the store design we see... and truly, that isn't a lot. The store environment is used only to provide a backdrop for the development of Mirabelle's character, not as a character itself. Still photos are few & far between. However, it holds a great lesson in how and why store design is an important part of your business 'story'...

[image from upscaleswagger.com]
Saks Fifth Avenue department store is a venerable bastion of modern-day shopping in the retail mecca of Beverly Hills' Rodeo Drive. The service is legendary, the amenities luxe, and the scope of merchandise displayed akin to a den of thieves treasure. More art gallery than superstore, items are displayed like precious jewels. It's exactly what one would expect a huge retail establishment on famed Rodeo Drive to be, and scenes of the store interior on the first floor  - filled with expensive shoes, handbags, cosmetics, and fragrances - reflect this expectation. 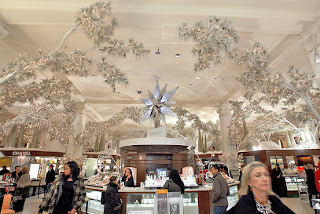 As the POV (point of view) moves up the escalators to the second floor, where fashions are presented in boutique-like settings, the scene becomes a bit quieter, less busy, and less aggrandized.

By the time we - the viewers - reach the third floor, the colors have faded out, the space is barren, and the hushed scene is very nearly empty. Customers no longer populate the space in droves... a few lone shoppers tarry in the bridal salon, and walk past the evening glove 'department' without a second glance. 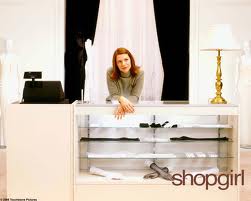 Here is where Mirabelle holds court, encased behind her glass-fronted counter like a prisoner. Mirabelle's facial expression and stance in the photo - detached and rather absent from the surroundings - are a perfect exterior view of her interior state. The girl suffers from depression, lacks any self-esteem at all, and seems to wander through her life without any idea where she is going or who she really is. Her waif-like frame and non-descript clothing perfectly convey the idea that Mirabelle is out of her element in Beverly Hills. (We discover later that she is from Iowa). 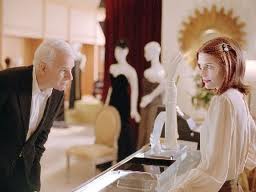 Neutral colors on the walls and floor cause the space parameters to blur. When Mirabelle is in scene, the colors of her apparel are dulled, muted, and have the effect of fading her into the background. She's intent on not drawing attention to herself.... which is what the same colors do for the space. We're not sure if it's a small space or a large one, and so our response is to focus on the display fixtures that are clearly defined by sharp edges and hard materials. The glass case is nondescript and uninteresting, as well, but it's something to focus on. We get the feeling that Mirabelle feels the same way about her job. 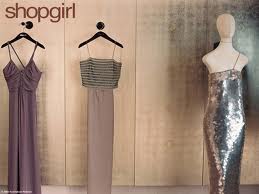 Even the mannequin forms, which have softening curves, seem harsh and cold, by nature of being painted an un-lifelike white lacquer. They are not 'approachable' materials, just as Mirabelle seems unapproachable by her absent mannerisms. The dresses chosen to appear on those mannequins and hanging racks are shapeless sheaths, in muted colors. They evoke the hopelessness of Mirabelle's future and her uncertainty of her own worth as a woman.

Yes, I know this is getting a bit deep into the psychological state of the character... but the production /set designer took those cues and made them visual references. We feel the malaise that our heroine does - we imagine her spending eight hours a day, five to six days a week, stuck in this homogenized, muted world, and it saddens us. The store environment affects our state of being.


And THAT, my friends, is what store design can DO.
Take care in choosing your wall colors, your floor materials, your display cases and mannequins - because they combine to tell a story of your business, the main character in YOUR 'film'.  Determine your 'voice' and what you want customers to 'hear', because as they walk into and around your store, the environment is speaking. LOUDLY. Make sure it's saying something you want it to say. And that's before ever pulling a single product out of a box.


Let's go back to that display case for a moment... 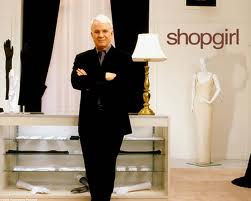 Note that from this perspective, which would be exactly what customers see on their approach, the merchandise appears flat, one-dimensional, and uninteresting. Save for the two 'hands' reaching skyward on top of the glass case (a nod to Mirabelle's fledgling artistic dreams), the gloves are all displayed flat. There aren't even any on the mannequin in the background.

There is nothing more apt to make customers walk right by product as to display it in a way that is un-interesting and static. These are elegant evening gloves... and to sell them, they need to be displayed in a way that captures the beauty they will have when placed on a warm, moving, feminine hand. Set off by a sparkling bracelet, perhaps, or a single rose caressed between fingers.. Drape a pair of gloves over a stack of opera programs, and sit a pair of opera glasses nearby. (Remember the scene from another film, 'Pretty Woman', where Vivienne experiences her first opera? How her hands in the long, white evening gloves moved slowly to her face as she tried to hold back tears?) Make the merchandise come alive, and it will sell.

The story has its highs and lows, as does Mirabelle's psyche and her life. [This is a drama, not a comedy, despite being written by and starring Steve Martin.]


It's about becoming who you are meant to be,
not disappearing into the crowd.
A worthy effort - for a young woman AND for a business.
[images located via google image search and IMDB;
property of Touchstone Pictures] 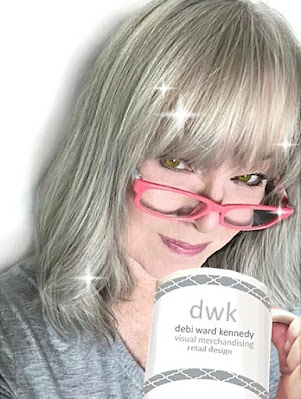 visual merchandiser + stylist . store designer . creative retail design professional for 45+ years - including visuals for the Walt Disney Company . Click image to learn how I can help YOUR business succeed!!

What I Can Do for You:

Through space design, visual merchandising, and thoughtful brand-centric design choices, I guide clients as they 'Tell Their Own Story' in their environment - enhancing customer experiences while increasing loyalty and sales.

I help clients visualize their sales space and the experience that their customers will have in those spaces – and then I give them the tools to make it a reality.

By providing expertise and resources, I can assist retailers in choosing the right materials, elements, styles, words, and images - educating and empowering them to succeed. My clients see immediate results and increased revenues following integration of effective design concepts to their business environments and practices.
View currently available retail design services here 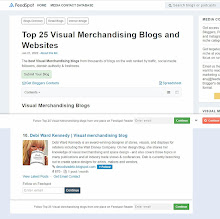 INFO TO USE RIGHT NOW:

ALL of the current search results sending viewers here to my blog are for   Retail Holiday Display Ideas ...   so I've compiled a... 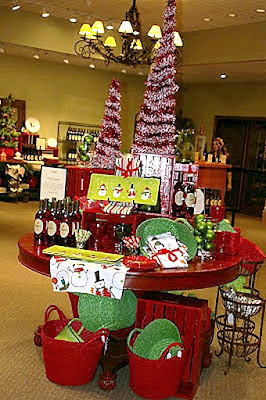 See all of my boards on my Pinterest Profile 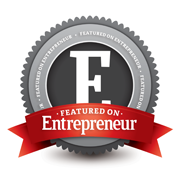 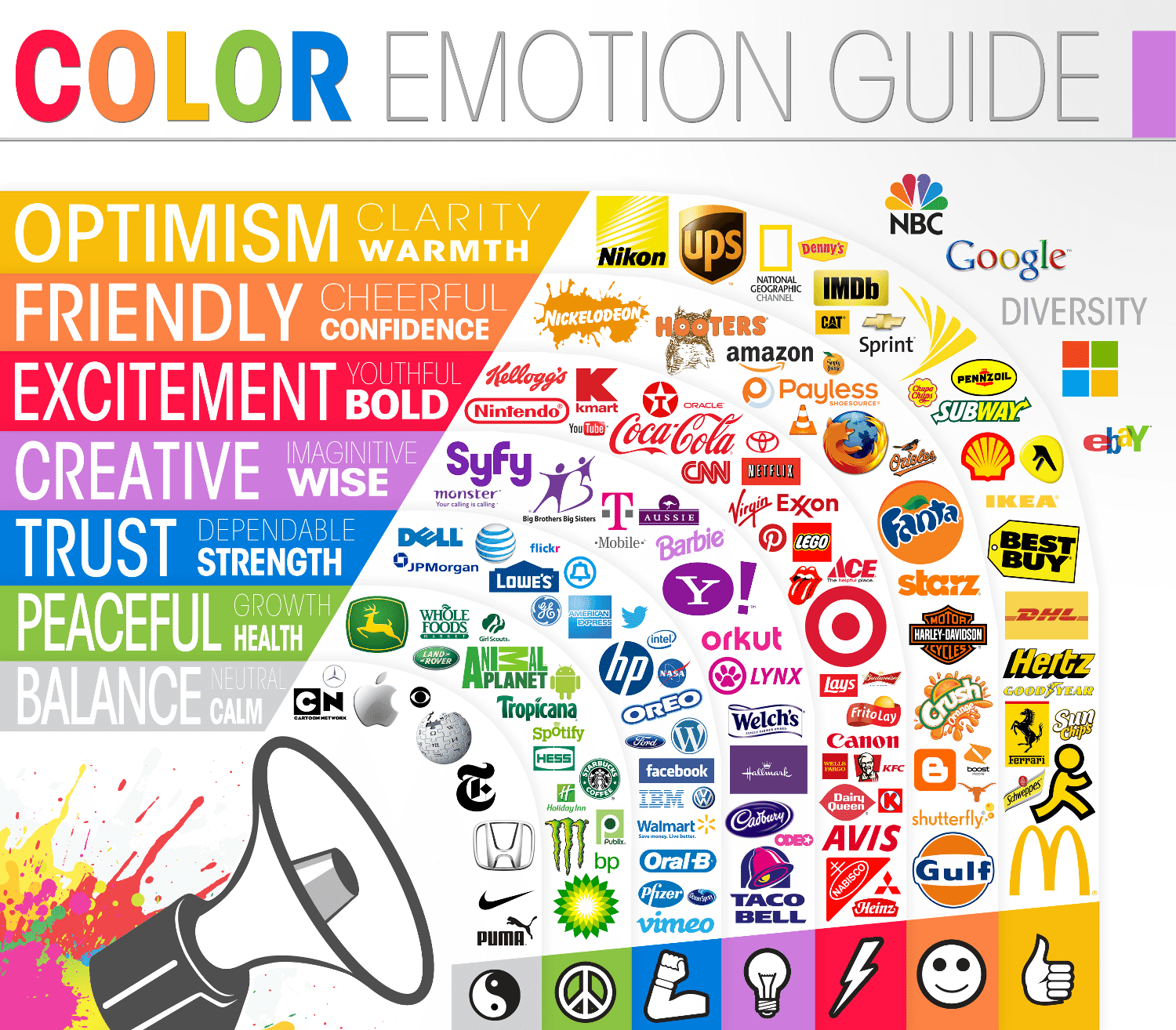 The visual sense is the strongest developed one in most human beings. It’s only natural that 90% of an assessment for trying out a product is made by color alone. So how do colors really affect us and what is the science of colors in marketing?

seasonal home decor on a budget

Copyright 1991-2022 DWK; All Rights Reserved. Use of ANY Content including photographs, text, and brand collateral, by Permission Only - Email Debi.WardKennedy@Gmail.com for permission.